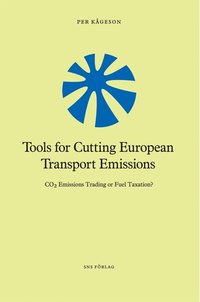 The European Union has introduced a cap-and-trade system for emissions of carbon dioxide (CO2) from power production and energy-intensive industries. The fast-growing transport emissions, however, are not yet subject to any cap.This report is an analysis of the impact 7on efficiency and costs from including not only aviation and shipping but also the CO2 emissions from road transport in the European Emissions Trading System (EU ETS). This option is compared to a case where road transport is permanently excluded from the trading scheme and where its emissions would have to be cut by other policy measures and ultimately by allowing higher excise duties on petrol and diesel to depress the demand for fuel.The analysis shows that the chance of reaching similar marginal abatement costs in the transport sector and the EU ETS is a great deal higher when the Communitys commitment is to cut overall greenhouse gases by 20 per cent than in a case where the objective is a reduction by 30 per cent between 1990 and 2020. The more ambitious target is likely to result in a major difference in price increases between the trading and the non-trading sectors as well as between individual member states. Per Kågeson holds a PhD in Environment and Energy System Analysis and is the author of more than 25 books. His special field of interest is the cost-efficiency of measures and policy instruments for improving the environmental performance of transport.

Policy A European Strategy for low-emission mobility Transport represents almost a quarter of Europe's greenhouse gas emissions and is the main cause of air pollution in cities. The transport sector has not seen the same gradual decline in emissions as other sectors: emissions only started to decrease in 2007 and still remain higher than in 1990 (see graph below).